How much control do you have over your salary? More than you might think. A recent PayScale Inc. survey found that 70% of workers who ask for a raise get some sort of increase. Among those who asked for a raise, 39% got the amount they requested, while 31% received a smaller increase.

Nail the Timing: When To Ask for Raise

Raises are typically offered by the employer to mark important work milestones or as part of a positive performance review, but it’s OK to take a proactive stance in asking for one if you think it is deserved or overdue

If your role is expanding and you are doing more than you have in the past, asking for a pay raise is a natural next step. Your salary should reflect the work that you do and the value you bring to the company.

Your Role Has Changed

If your role has changed or evolved over time, it might be time to reevaluate your title and salary. This might include doing more high-value or high-earning work for the company or taking on a leadership role that has you overseeing the work of others.

The completion of a successful project can be a great time to ask. If you can, gather information that quantifies the value you added to the project or the company. You’ll want to time the request so that your accomplishments are fresh in the mind of your boss.

*If your company recently downsized, and as a result of layoffs, you were asked to take on significantly more responsibility, you might be justified in asking for compensation that reflects the slack that you are picking up.

Do Your Research And Be Ready With Numbers

It’s helpful to know what others in your industry are being paid for similar work at similarly sized companies. Have some salary range numbers in mind including the percentage increase you are hoping for, so you can proactively lead the discussion. It will also show your boss that you are informed. Salary data is gathered and is available on sites like Glassdoor and Indeed, among others.

You can crunch the numbers using a pay raise calculator.

Focus On How You’ve Earned It, Rather Than Why You Need It

You might need the money for something specific, but your boss doesn’t need to know that. Instead, focus on why you deserve the raise by highlighting the positive impact you bring to the company. While being honest about our personal lives doesn’t have to be taboo in the workplace, specific details are out of place in salary negotiations.

Why? You don’t want your boss to feel undue pressure to give you a raise for reasons other than the quality of your work and how you have positively impacted the company.

Practice What You Want to Communicate

Yes, really. Rehearsing what you want to say isn’t about memorizing a word for word script. Instead, it’s about getting comfortable with what you want to communicate so that it will be natural and second nature when it’s go time.

Your company may have guidelines written into their handbook governing salary increases. Be sure to research this thoroughly before asking. There is no point in asking your boss for a raise if the handbook won’t allow them to give it to you. If there are extraordinary circumstances at play, consider reaching out to HR ahead of time to address the policy.

Increase Your Chances By Building a Strong Reputation

In addition to planning ahead for your pay raise, it’s a good idea to make sure that you are working every day toward core values that could improve your chances of success. Having a positive attitude, and being a well-liked member of your team are great ways to build your reputation.

Be Ready To Accept A “No” With Poise

While being turned down for pay raise is disappointing, try not to think of it as a failure. In reality, a “no” usually means “not right now.” You can ask to revisit the request when the timing is better or during a traditional milestone like a work anniversary of performance review. If your boss doesn’t mention it, be sure to clarify when you can follow-up on the request in the future. 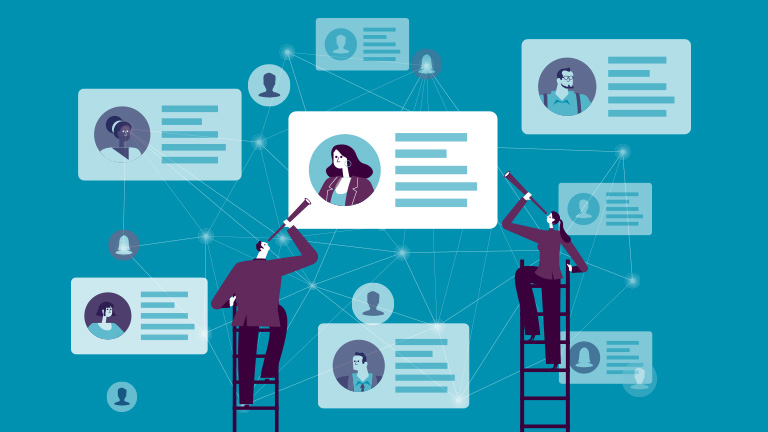 Job hunting can be a tiring and complicated process. This is especially true if you’re a recent graduate who’s new to the workforce, if you work in a specialized field or if the job market is especially volatile. Some job-seekers choose to work with recruiters, which can come with upsides and downsides. Should you work with one to land your next gig? We’ll dive into the pros and cons so you can decide what’s best for you. Follow these tips to plan for your resignation and protect your finances when you resign. People are calling it The Great Resignation. In 2021 a record number of Americans have voluntarily resigned from their jobs, many in search of more pay, better working conditions, superior benefits, or more flexibility. Let’s face it. College isn’t for everyone. But there are plenty of fulfilling high-paying jobs you can get without higher education. Check out this list of 24 fascinating jobs with no degree requirement.

Congratulations – you’ve impressed the hiring manager with your polished resume and thoughtful cover letter, and you’ve scheduled your interview! While that’s an accomplishment worth celebrating in itself, the actual interview process can be intimidating and stressful for interviewees. Additionally, the COVID-19 health crisis has added new layers of complication to the hiring process for both candidates and workplaces.

You’ve come across a posting for your dream job. The requirements and responsibilities look like they were tailor-made for you, and the company offers incredible benefits. You’re about to dust off your resume and get to work on the application, but then you read this statement:  “Please include a cover letter with your application.”  Do you try to skate by without submitting a cover letter, give up and move on to the next job opportunity, or get to work on… If you’re on the hunt for a new job, you’re likely asking yourself what you want your work life to look like. Do you want consistency in your assignments or more variety? A flexible work schedule or a rigid one? As many benefits as possible or more cash in your pocket to cover the basics? To work for a company full-time or work for yourself as a contractor?