Despite significant economic improvement in 2021, consumer debt in the U.S. has once again hit an all time high. By the first quarter of 2022 it climbed to $15.83 trillion – more than double what it was in 2003 and 20.9% higher than the total pre-pandemic.

Data from the Federal Reserve Bank of New York shows big increases in mortgage and auto loan balances since the pandemic began, despite recent declines in credit card debt. As inflation increases the cost of goods and services, credit card balances are expected to climb. Check out the data below to see how consumer debt has changed since 2003.

What is Consumer Debt?

Consumer debt includes any money borrowed and owed to a lender by households (not businesses) including loans and lines of credit.

The increase is led, in part, by mortgage and auto loan balances which surged during the pandemic. These increases offset a decrease in credit card balances which began in 2020 and continued early this year.

According to Andrew Haughwout, Director of Household and Public Policy Research Division at the New York Fed:

“The first quarter of 2022 saw an increase in mortgage and auto loan balances coupled with a typical seasonal decrease in credit card balances.”

Credit Card Balances Are Likely to Rebound After Mid-pandemic Decrease

Credit card balance decreases during the pandemic were a good sign for consumer financial health, as this debt tends to have higher interest rates and is riskier than secured debts like mortgages and auto loans.

However, according to Ted Rossman, a senior industry analyst at CreditCards.com, the decreases will be short lived as the world rebounds from the pandemic:

“There’s a good chance that Americans’ total credit card balances will soon reach a new record high, marking a sharp reversal from the precipitous drop that occurred in 2020 and early 2021”

Though the pandemic is still ongoing, the world has largely re-opened and with that comes an increased demand for goods and services. Surges in demand paired with supply chain issues caused by the Russian invasion of Ukraine have had a global impact and driven inflation in the United States.

Inflation affects both the cost of goods and services as well as interest rates. When inflation increases, prices surge and consumers must lean on credit to close the gap, despite interest rate hikes.

Economists often debate the inevitability of inflation in a free market. As far as consumers are concerned, it was the defining macroeconomic event of the second half of the 20th century and history is poised to repeat itself.

Inflation hit an all time high in 1982 and upended how economists viewed Federal Reserve policies. Now, 40 years later we have hit a new inflation record. In April 2021, inflation broke a 40 year record and led the Federal Reserve to increase interest rates by half a point, the biggest jump in two decades.

This time, a surge in inflation is paired with a consumer debt balance that has more than doubled in less than 20 years.

According to Rob Cook, vice president for marketing, digital, and analytics for Discover Home Loans, the cost of inflation is passed along to consumers:

“Persistently high inflation will push the Federal Reserve to raise its benchmark short-term interest rates, increasing costs for lenders, who will pass those costs on to borrowers in the form of higher interest rates”

Consumer Debt Has More Than Doubled in Less Than 20 Years

While inflation accounts for much of the long-term growth in consumer debt totals, converting 2003 dollars to 2022 dollars shows how it has grown beyond inflation.

If inflation is affecting your budget, be cautious about how much new debt you take on. You can monitor your debt-to-income ratio to make sure your debt is staying within reasonable limits.

“As we continue emerging from the pandemic, consumers should work to continue borrowing responsibly, as spending may tick up. There’s nothing wrong with spending on credit, but work to do so in a way that will maintain and improve your credit health. As we emerge from the pandemic and spending habits change or normalize, it can also be a good opportunity for consumers to evaluate finances and spending across the board.”

Already have more debt than you can afford?

If you’re experiencing financial difficulties because you have more debt than you can afford you might benefit from debt relief. Debt relief programs like Accredited Debt Relief have helped more than 200,000 Americans get out of debt and take back control of their finances.

Talk to a Certified Debt Specialist to explore your debt relief options and find a way to pay off debt faster and for less than you owe.

Anna is a Chicago-based Copywriter and Marketing Professional who focuses on financial planning and debt management. When Anna isn't writing for Beyond Finance and Accredited Debt Relief, you can find her volunteering for non-profit art organizations, performing with her vocal trio, watching documentaries, and reading biographies about her favorite artists. To understand the anatomy of a credit score, you should begin by looking at a credit report, what it includes and how it is used by lenders. The credit score breakdown is based on information available to credit bureaus in a credit report. Not having access to cash when you need it is stressful and inconvenient. A cash advance is a short-term cash loan made against an existing line of credit. An advance allows you to use your credit card to get cash from an ATM or bank. Just like any credit used on a credit card, a cash advance needs to be paid back and will accrue interest.

Medical debt is almost always unexpected. Even if you have health insurance, it’s hard to predict how much treatments will cost and what your financial burden will be long-term. As a result, people with excessive medical debt have to make difficult decisions about paying for it. While it can be tempting to lean on credit, keeping medical debt off your credit cards is better for your long-term financial health. 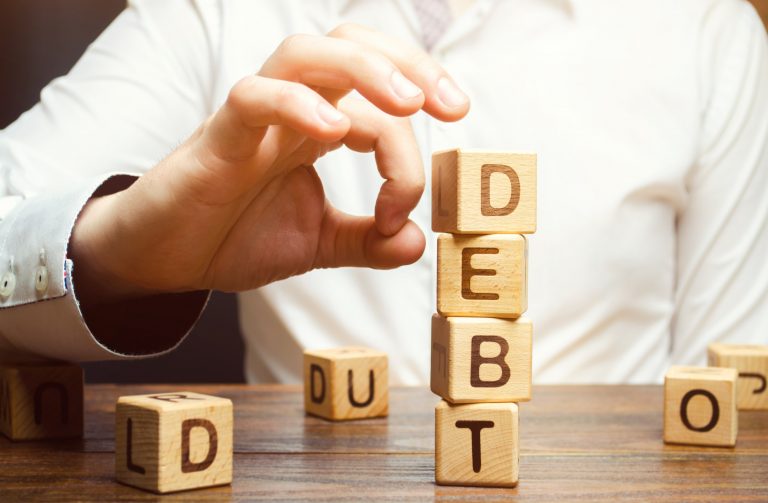 When you’re struggling to manage multiple debts, you might wonder if debt consolidation is a good fit for you. It works by combining your multiple payments, and due dates (not to mention the multiple logins you have for each payment) into one convenient monthly payment. A payday loan is a short-term loan available to you based on how much you earn each pay period. Lenders require proof of income, usually a recent paystub, to qualify for the loan. The lender then grants a loan for that amount along with interest and/or a lender’s fee.

Consolidating your credit card debt can help simplify your monthly payments and fast track you to paying off your debt. Unfortunately, there are a few things that can derail your progress. If you are considering debt consolidation for your credit cards, make sure you avoid these mistakes.