In 2021, America celebrates 100 years of fast food restaurants. White Castle, believed by historians to be the very first fast food chain, opened in Wichita, Kansas, in 1921. Since then, fast food of all varieties has spread worldwide, becoming a billion-dollar industry that includes some of the most recognizable brands ever created. The top 10 fast food brands have a strong international presence with chains all over the world. Check out the rankings for 2021 and learn more about how these iconic brands have evolved on the international stage.

Although Starbucks is the most valuable brand, Subway take the top slot with the most number of stores worldwide.

Starbucks is an American Institution and the most valuable fast food brand on the planet. Its value comes in just under 38.5 billion dollars or approximately 18.2 billion cups of coffee.

Starbucks may have started as a cozy neighborhood coffee shop, but it has grown into an empire that transformed American coffee culture from basic drip coffee to comparatively expensive espresso drinks of all varieties.

Starbuck now has over 30k locations worldwide, including the homeland of espresso itself: Italy.

Starbucks recently opened its first location in Italy, an opulent multi-story roastery housed in an old post office building, every bit as ornate as the famous open-air Galleria shopping experience. Hours before the grand opening, lines of people, both Milanese, and tourists, snaked around the building in anticipation.

McDonald’s is the most recognizable restaurant brand in the world, according to The Visual Capitalist. McDonald’s was started by Richard and Maurice McDonald in 1940. It remained a small, family-owned restaurant until Ray Kroc approached the couple in the mid-1950s and convinced them to franchise the restaurant in 1955.

Kroc would eventually supersize the brand, buying it from McDonald’s and generating plenty of scandal in the process. The golden arches created a cultural phenomenon and have remained a daily part of American life.

The story is featured in a blockbuster film starring Michael Keaton called The Founder. The brand has also been featured in documentaries like Super Size Me, Hot Coffee, and McMillion$.

Kentucky Fried Chicken, known the world over simply as “KFC,” is worth a cool 15 billion dollars! That’s a lot of money, but it is less than half the value of the next most valuable brand, McDonald’s, worth 33 billion dollars!

KFC was founded by Colonel Harland Sanders, an entrepreneur who began selling fried chicken from his roadside restaurant in Corbin, Kentucky, during the Great Depression. The first “Kentucky Fried Chicken” franchise opened in Utah in 1952. Sanders would eventually sell a majority of the company to a corporation that would take the brand globally.

After the United States and China, Japan is the third-largest market for KFC. A wildly popular marketing campaign in the 1970s established the brand as a secular holiday tradition. As a result, 70 percent of sales in Japan are takeout, with customers tending to buy fried chicken for parties and other special occasions.

Did you know there are more Subway restaurant locations worldwide than any other chain? At 41,600 locations, Subway has more sites worldwide than Taco Bell, Pizza Hut, and Domino’s combined.

Subway is known for its freshly baked bread and an endless combination of toppings. Due to widespread demand from Muslim customers in the U.K. and Ireland, Subway removed ham and bacon from 185 of its stores across those countries — and replaced the products with approved halal meat.

Halal is Arabic for permissible. Halal meat is processed in a way that adheres to Islamic law, as defined in the Koran.

Taco Bell has 13,000 stores in 31 countries. Although that’s fewer countries than some of their competitors Taco Bell goes above and beyond to create unique menu items that pay homage to local cuisine.

The Tikka Masala Burrito is a favorite at the India locations, and the Kimchi Quesadilla is popular in Korea! Headed to Spain? Check out the Chocomarsh dessert Crunchwrap filled with gooey Marshmallows and melted Chocolate perfect for sharing “tapas” style.

Taco Bell fans in Japan enjoy a Shrimp and Avocado Burrito. Check out the complete list of international taco bell menu items on their website.

Dunkin’ Donuts was started in Quincy, Massachusetts in 1948 by founder William Rosenberg and is now worth 5.7 billion dollars. The shop was initially called Open Kettle and was changed two years later.

Dunkin’ Donuts crafts special donuts that reflect the local cuisine and culture. Some of these international donuts can be pretty unusual. In Singapore, you can get wasabi cheese and seaweed cheese donuts. In some Asian countries, you can get mochi donuts, and in China, you can get a dried pork and seaweed donut.

In 1958 Dan and Frank Carney borrowed $600 from their mother to open a pizza place while they were students at Wichita State University. The brand is now worth 5.1 billion dollars.

The brand was franchised a year after it opened and until the 1970s had a mascot named Pizza Pete. Ultimately Pizza Pete was retired in favor of the iconic red roof logo. Their primary competitor struck pop culture gold in 1990 when they were featured in the Teenage Mutant Ninja Turtles movie, but Pizza Hut ads were included on VHS when the film hit home video. The brand spent around 20 million dollars on marketing campaigns for the 1990 “Coming Out of Their Shells” concert tour and album release.

Haidilao (Chinese: 海底捞; pinyin: Hǎidǐlāo), is a chain of hot pot restaurants founded in Jianyang, Sichuan, China in 1994. It’s the only brand on our list that wasn’t founded in North America. In fact, despite a value of 4 billion dollars, the brand only has 400 restaurants in 17 countries, primarily on the Asian continent.

The brand is known for its exceptional customer service despite long wait times. Because the brand is so famous, it’s not unusual for customers to wait several hours for a table. In response, Haidilao made queuing a  part of the Haidilao experience. They offer an entertainment area that provides customers with board games, free snacks, drinks, manicures, massages, and even shoe polish services while they wait.

Of the 5,000 Tim Hortons locations open worldwide, over 4,000 are located in Canada. The brand began in Hamilton, Canada, in 1964 and is now worth 4 billion dollars.

Although Canadians are well known for their deference and politeness, it turns out they are quite passionate about their grammar! Tim Hortons was “Tim Horton’s,” but that changed in 1977 after years of intense and sometimes violent demonstrations by pro-French Quebecers who wanted French to be the official language of the province.

The law made it illegal for businesses to advertise English names. The government passed Bill 101, which made French the sole official language in Quebec. Apostrophes are an exclusively English punctuation mark, so the company changed its branding worldwide to comply with the law and is now known simply as Tim Hortons.

In 2017, a humble brasserie in Bourges, France, received its first Michelin star. The restaurant’s clientele of construction workers and locals struggled to get their regular seats as the Bouche à Oreille was overrun with demand for its (deeply satisfying) $15 homemade beef bourguignon. Sadly, it turned out to be a mistake. The real winner of the star was the Boutervilliers Bouche à Oreille near Paris, and Michelin eventually corrected the mistake on their website. Asked whether she was disappointed… 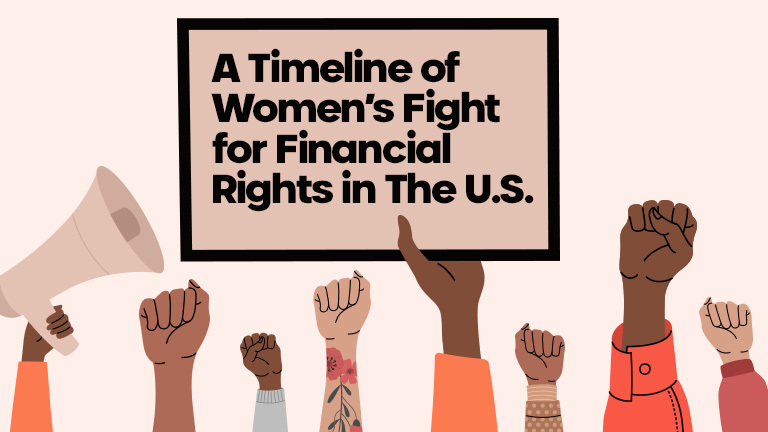 We’ve all been there, in a store after a terrible day and something fun catches our eye. You know at that moment that you just have to have it. Or perhaps you are the “drink a bottle of wine and surf Amazon at midnight” type. Whatever the case may be, impulse buying happens to everybody at one point or another. Sometimes impulse buys turn out to be excellent decisions, and other times they leave us shaking our heads and clutching…